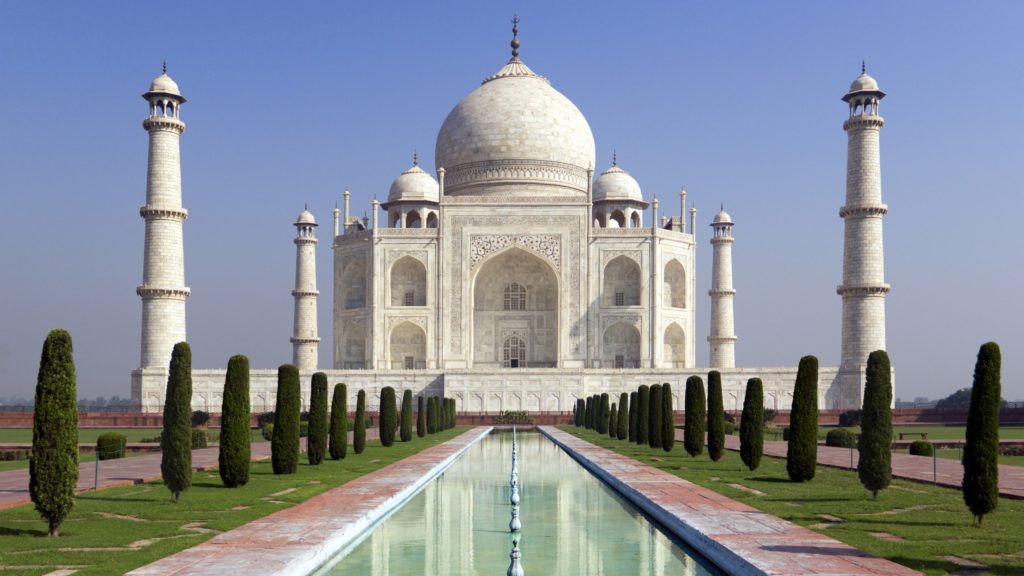 The Taj Mahal  meaning “Crown of the Palace” is an ivory-white marble mausoleum on the south bank of the Yamuna river in the  city of Agra. It was commissioned in 1632 by the Mughal emperor, Shah Jahan (reigned from 1628 to 1658), to house the tomb of his favourite wife, Mumtaz Mahal. The tomb is the centerpiece of a 17-hectare (42-acre) complex, which includes a mosque and a guest house, and is set in formal gardens bounded on three sides by a crenelated wall. 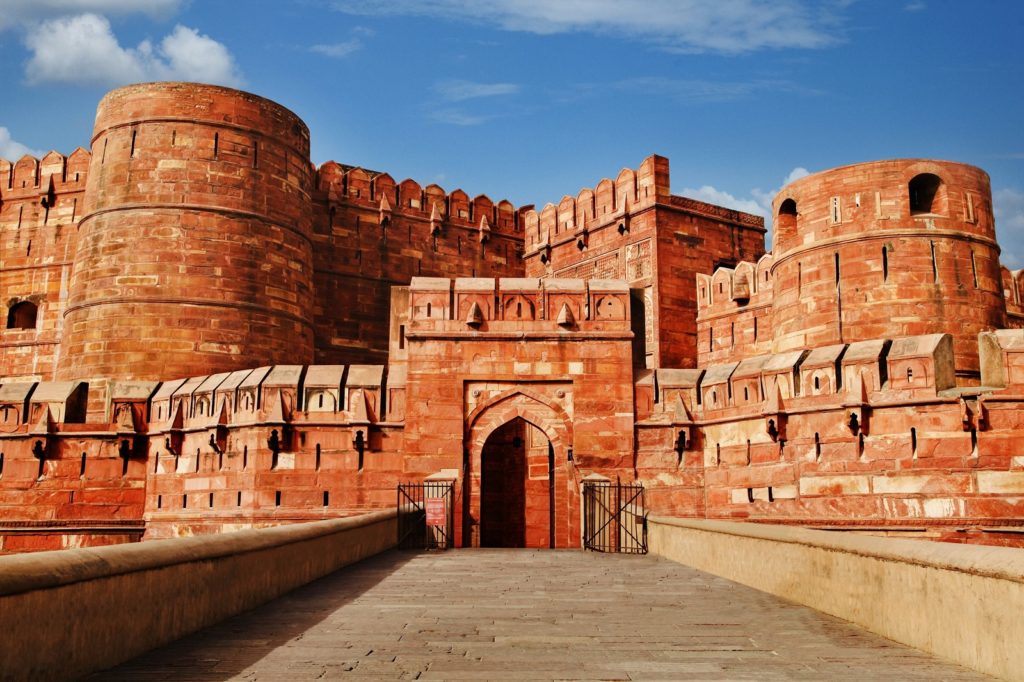 Agra Fort is a historical fort in the city of Agra. It was the main residence of the emperors of the Mughal Dynasty till 1638, when the capital was shifted from Agra to Delhi. The Agra fort is a UNESCO World Heritage site. It is about 2.5 km northwest of its more famous sister monument, the Taj Mahal. The fort can be more accurately described as a walled city. 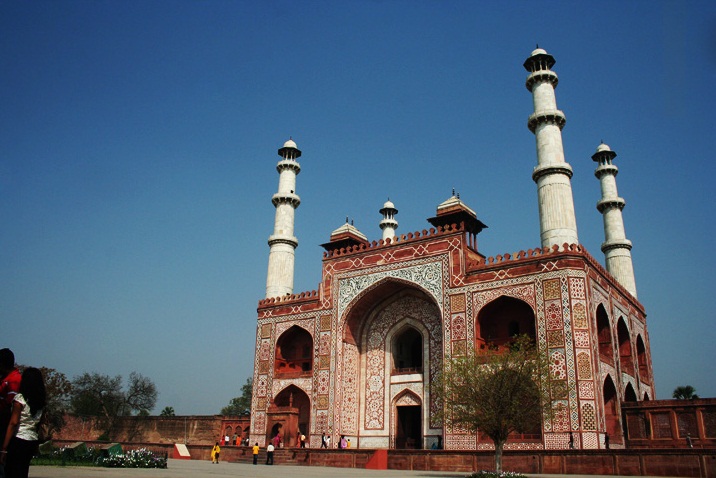 Akbar’s tomb is the tomb of the Mughal emperor, Akbar and an important Mughal architectural masterpiece. It was built in 1604–1613 and is situated in 119 acres of grounds in Sikandra, a suburb of Agra. 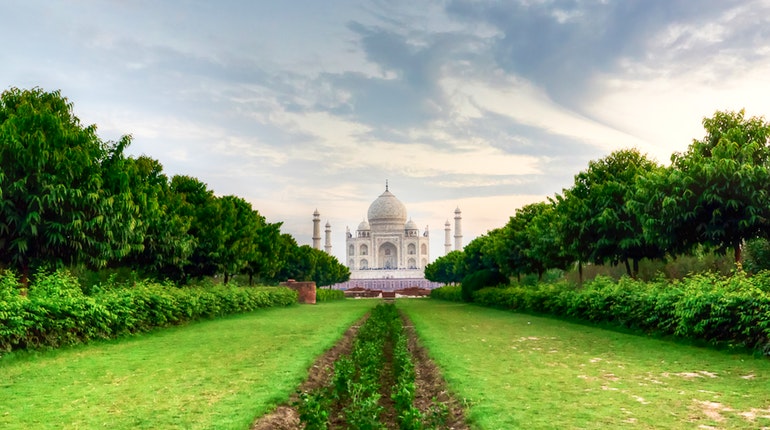 Mehtab Bagh – Moonlight Garden is a charbagh complex in Agra, It lies north of the Taj Mahal complex and the Agra Fort on the opposite side of the Yamuna River, in the flood plains.[1][2] The garden complex, square in shape, measures about 300 by 300 metres (980 ft × 980 ft) and is perfectly aligned with the Taj Mahal on the opposite bank. 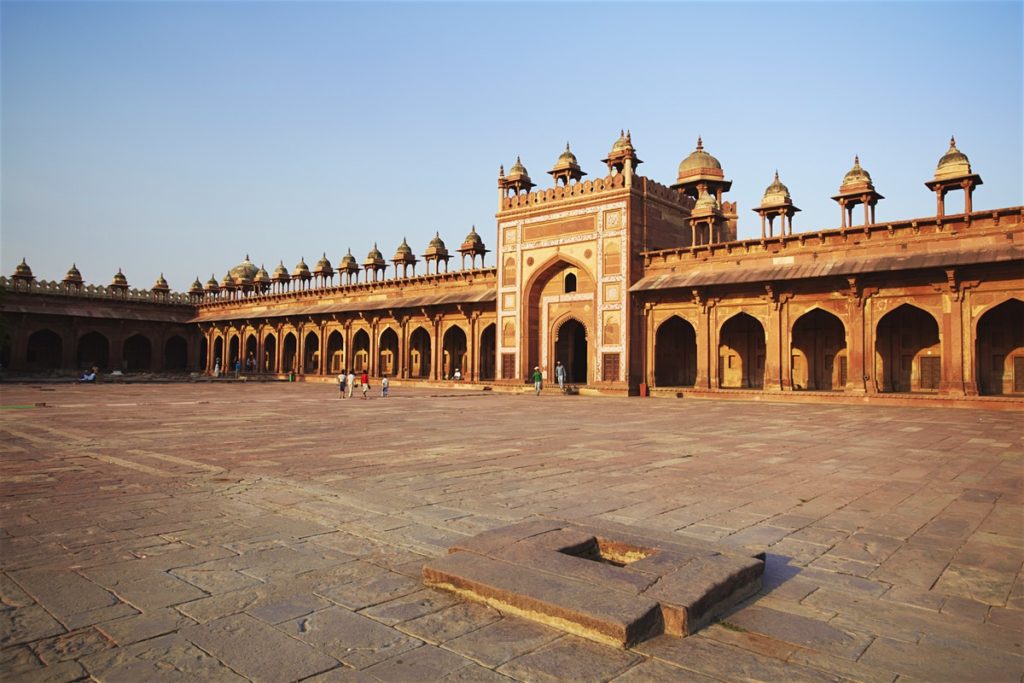 Fatehpur Sikri is a town in the Agra District.  The city itself was founded as the capital of Mughal Empire in 1571 by Emperor Akbar, serving this role from 1571 to 1585, when Akbar abandoned it due to a campaign in Punjab and was later completely abandoned in 1610.[1]

The khanqah of Sheikh Salim existed earlier at this place. Akbar’s son Jahangir was born at the village of Sikri in 1569 and that year Akbar began construction of a religious compound to commemorate the Sheikh who had predicted the birth. After Jahangir’s second birthday, he began the construction of a walled city and imperial palace here. The city came to be known as Fatehpur Sikri, the “City of Victory”, after Akbar’s victorious Gujarat campaign in 1573.

Other Monuments of interest in Agra